Are you homeless or worried you might lose your home? Check if you qualify

Are you supporting someone who’s homeless or at risk? Check if they qualify

This is Martin’s story

Martin is enjoying life in his own one-bedroom flat and actively seeking work.

A trained chef, Martin had worked 12-hour days in a top restaurant where preparing meals for a restaurant’s celebrity guests, including stars from the world of pop music and sport, was a high-stress environment and he began drinking when he got home.

But it was a break-up with his partner that left him homeless. “I ended up moving from hostel to hostel, “ said Martin.

He eventually began living on the streets where his only possessions were his clothes, bedding and a set of professional Global chef knives.

“The knives were a gift for my 21st birthday and are used by professional chefs. They were very expensive -around £1,500,” he said.

With nowhere to live Martin resorted to hiding his belongings in hedges as he attended interviews and it was then his possessions, including his precious knives, were stolen from him.

“I pretty much gave up,” said Martin. But he has begun to rebuild his life again in a Kent Homeless Connect Hostel.

Martin developed an instant rapport with one of our highly skilled support workers with lived experienced of addiction. He said: “Staff speak to you as a friend here, they are really supportive and you have the chance of counselling.”

Martin’s support sessions were sometimes arranged away from the hostel in local cafes or even around a pool table as informal environments encouraged conversation to flow.

Martin also accessed multi-agency support at our hostel including from Change Grow Live to address his addiction. 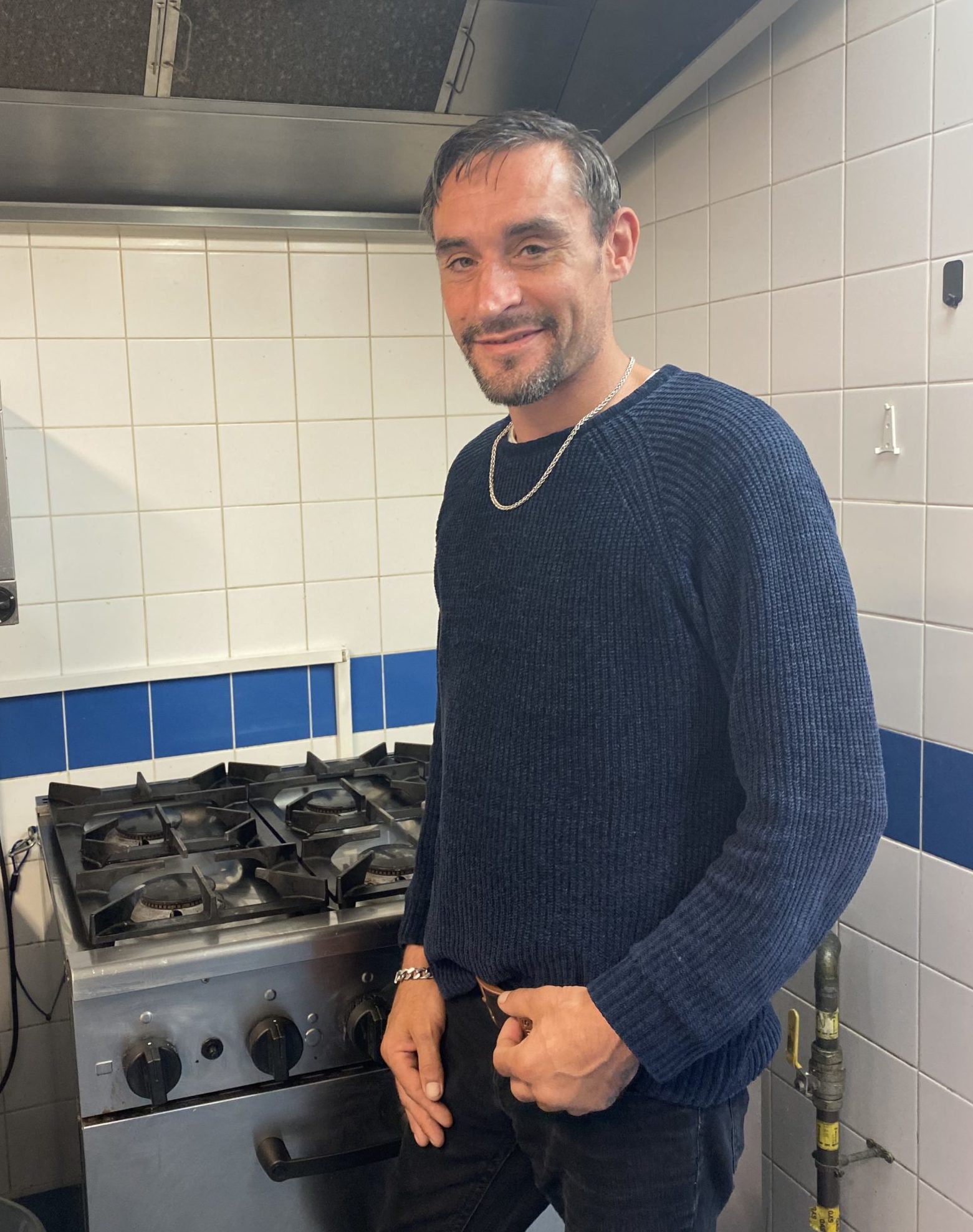 Together with his support worker, Martin was able to secure local council help again, after losing accommodation due to previous anti-social behaviour connected with his alcohol dependency. The council recognised he was a changed man and provided him with a flat.

Martin now has his own flat and a solid base from where he can concentrate on his job search. Our Tenancy Sustainment Team is always on hand in case he ever needs support to stay in his own home.

The first thing Martin did after moving was to make plans for redecorating his flat.

He said: “I’m excited about the move and looking forward to decorating my own place.”